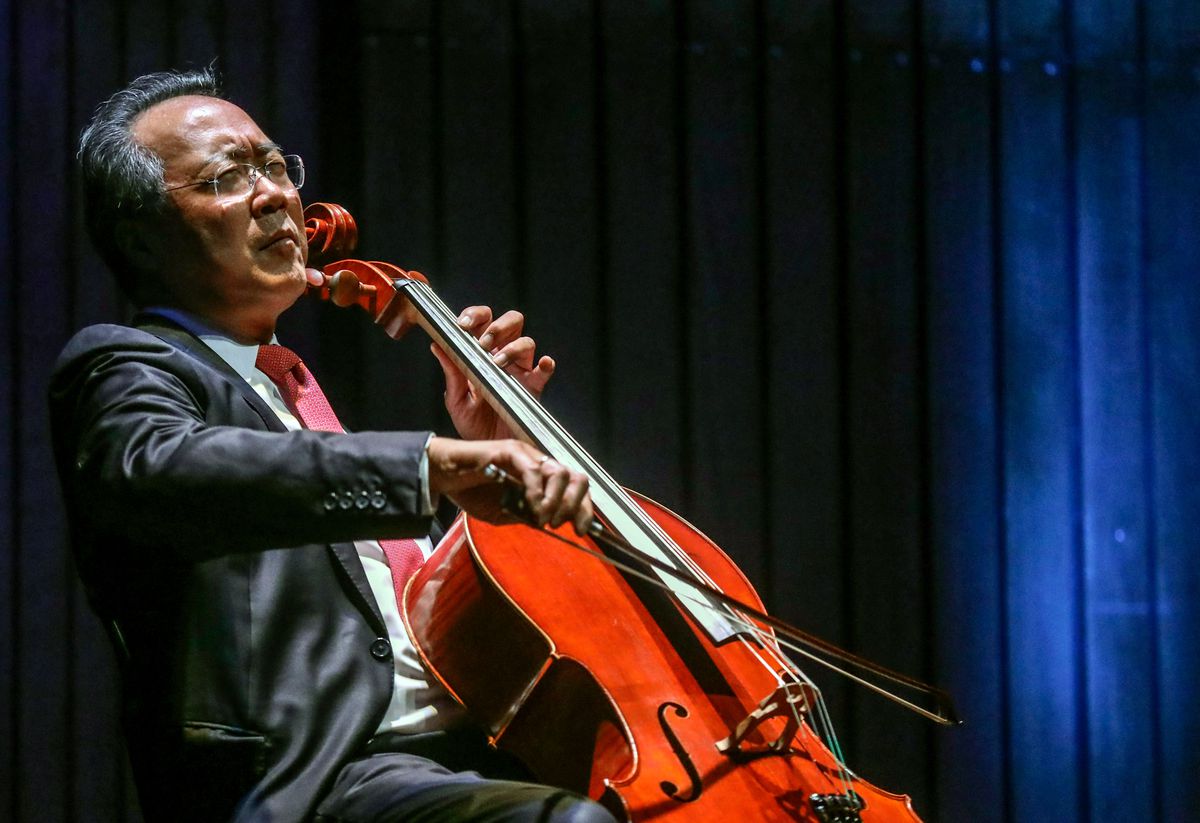 The Toronto Symphony Orchestra celebrated its 100th birthday with champagne, a famous cellist and a powerful Mi’kmaw piece, in a mixed program of new and old. Without fully recognizing the organization’s range of performances and recording history, the concert featured moving performances by award-winning artists Yo-Yo Ma and indigenous artist Jeremy Dutcher, which highlighted the importance of creative partnerships and provided promising signs for the future of OSP.

The concert opened with a thank you to the earth featuring Dutcher and dancer Sarah Prosper, his soaring vocals and her swirling movements flowing seamlessly into the beautiful, meditative atmosphere.

Carnival Overture op. 2, by the Czech-Canadian composer Oskar Morawetz, was presented with an energetic flourish, and TSO’s music director, Gustavo Gimeno, emphasized the melody of the piece by focusing on the strings.

Given the nature of the occasion and Morawetz’s prominence in Canadian classical history, the composer’s more substantive works might have been a better choice here, especially considering that Carnival overture premiered not in Toronto but in Montreal in 1947. Morawetz could have been in the program Second Symphony (1959), commissioned by the Toronto orchestra and later recorded with conductor Jean Deslauriers, or his vocal work From Anne Frank’s diary (1970), premiered with Canadian soprano Lois Marshall.

However, the mood at the 100th anniversary concert was definitely optimistic, which was undoubtedly a response to the challenges that the COVID-19 pandemic has posed to Canadian performing arts organizations over the past 2.5 years.

This spirited mood was apparently conveyed by Leonard Bernstein Symphonic Dances from West Side Storyaccompanied by an energetic, rhythmic reading by the orchestra, which took part in the finger-snapping of the song’s prologue and shouted joyful cries of “mambo!” later.

Gimeno’s history as a percussionist – he was once a member of the Royal Concertgebouw Orchestra and performed under the baton of renowned conductor Bernard Haitink – was clearly evident in the energetic exchanges between the master and TSO’s busy percussion section, which imparted a tangible sense of momentum that ricocheted throughout the various sections .

The feeling had its downsides; this led to an unfortunate lack of coordination in some places and highlighted persistent volume problems in the orchestra (such as was evident in a recent concert with Bruckner Symphony No. 4). Such mistakes spoiled the moments that required more nuance, z West Side Story the finale in particular lacked the silence required for dramaturgy. Still, Bernstein’s sound montage, based on his award-winning 1957 musical, had audiences nodding, tapping their toes, and slapping their thighs; it was a fun element in full force.

The second half of the program provided a thoughtful counterpoint. Dutcher, a member of the Tobique First Nation in New Brunswick, and mom showed up Song of Honor by George Paul, arranged by Dutcher and arranged by Owen Pallett.

Originally a Mi’kmaw song, Song of Honor “he was always in my constellation,” says Dutcher in the program book. The work has evolved from the version presented in his 2017 Song of Honor Collaboration EP with Ma which appears on Ma’s 2021 album Notes for the future.

Dutcher’s closeness to the material was conveyed with rousing conviction, his tenor clarion mingling with Ma’s lyrical playing, creating a powerful, if all too brief, experience amid the festivities. Epic and intimate at once, the integration of language, song and orchestral instrumentation poetically weaves elements of the past, present and (hopefully) future into a rousing sonic tapestry.

This combination of sublime musicality and confident lyricism evolved into a powerful performance of the famous Dvorak Cello Concerto in B minor, Op. 104a work Ma has often done over the course of his long career.

The conversational nature of the piece, with its intimate score and clear melodic lines, was emphasized in the many exchanges between the strings and the soloists, while Ma compelled both the musicians and the audience to listen carefully. With delicate texture variations and an ever-watchful dynamism, Ma’s thoughtful reading of the piece, especially in the quiet second movement (Adagio ma non troppo), was a masterclass in lyrical control.

With thoughtful vibrato and neat phrasing, Ma offered a reading that never floundered but complimented Gimeno’s careful shading. Only occasionally Ma was drowned out by an overzealous brass section, most noticeable in the first part of the piece (Allegro).

The volume is not analogous to the expression that Ma demonstrated with a quiet, convincing intensity and which extended to the selection of the encore, a traditional Catalan folk song The song of the birds (El cant dels ocells), made famous by Pablo Casals’ cello version.

The quiet confidence emanating from the soloist was conveyed with equal grace by the conductor; such a clear musical understanding between Ma and Gimeno resulted in great results for the OSP 100th Anniversary Concert and inspired new hope for the future.

Sign up to The Globe’s arts and lifestyle newsletters for more news, columns and advice in your inbox.