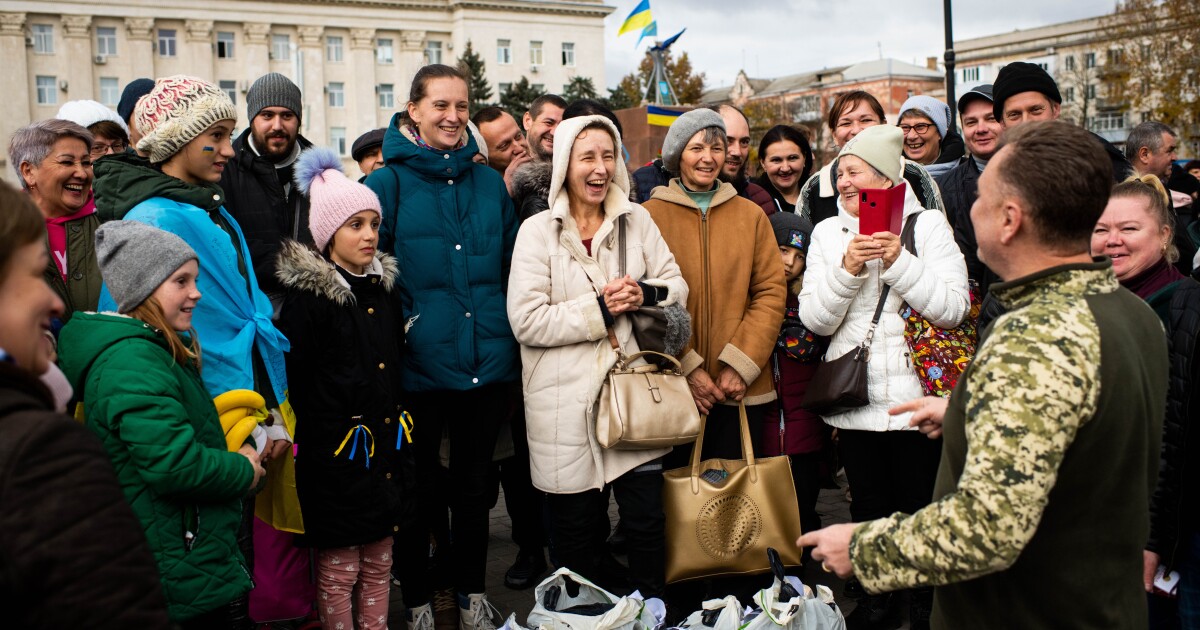 ODESA, Ukraine — The Ukrainian city of Kherson is rapidly coming back to life after more than 8 1/2 months under Russian occupation.

Despite the lack of water and electricity, residents return to the streets to joyfully celebrate. Work teams are rushing to set up mobile phones, Wi-Fi and electrical connections. Demining teams are trying to clear areas around critical infrastructure, including major roads, railways and power plants.

Freedom Square in the center of Kherson turned into a makeshift carnival and a center for the distribution of humanitarian aid. People decorated with Ukrainian flags sing patriotic songs. Ukrainian soldiers are feted like heroes: locals hug them, young boys ask for autographs and military patches. Children race around a statue wrapped in a new yellow and blue flag.

“The first day when everyone already knew [the Russian occupation] it ended, everyone kissed and hugged,” says Mariya Kryvoruchko. “We are so happy!”

But despite the current joy, residents describe a horrific occupation in which speaking Ukrainian could be detained and people disappeared without a trace.

“Honestly, I was scared,” says Kryvoruchko. “At various times I believed we would be liberated. Other times I didn’t believe it.”

She says every night she heard the screams of prisoners held at a local police station less than a block from her home.

“Deep down, I’m still scared. I don’t believe Putin and I’m afraid of him.”